That's my motorcycle being loaded on an Airbus 310 in Toronto, Ontario Canada enroute to Paris, France June 24, 2015....my trip began in Markham, Illinois 60428 and returned August 1, 2015....not much of a blogger, but I'll give it my best shot! After arriving in France, I retrieved bike from Customs, got directions to gas station and rode to Paris and stayed at Best Western (BW) hotel for 4 days visiting city -- I had been to Paris some years earlier, so I visited to see what I remembered, some, but not much. I left Paris via E-15 and rode to Villefranche-Sur-Saone / the St. Etienne area, I stayed there 4 days at BW riding to Lyon and back....I left there and rode to Como, Italy via A6,E611, A40, E63, A9....I stayed at BW in Como, but toured area and rode to Mandello del Lario and visited Moto Guzzi and signed the visitor's registry! of course I initialed King Kong Ickki with my name.....King Kong Ickki is my 'road name' with the Original Buffalo Soldiers MC 1986 Chapter 3 Chicago. I stayed in Como 4 days and left via A9, A50, A7, E25, E80 to Menton, France. I stayed at BW for 4 days touring the area and visited the Principality of Monaco and rode thru Monte Carlo; I had been there years ago and still hold a resentment about the money I lost ...can't stand to lose, don't gamble and I don't ANYMORE!!! I heard a GREAT rendition of 'Susie Q' in Menton at a political rally of some sort.I left Menton via A8 enroute to Marseille, France. I rode the Metro and rode around the area staying at a BW 4 days and was amazed at the variety of ethnicities of people I saw there! I left Marseille via E15 enroute to Barcelona, Spain. My wife and I have visited Barcelona several times, but this time it was just me and my motorcycle!!! stayed at BW Alfa Aeropuerto for 5 days riding to places I hadn't been before as well as visiting places around the city. Left Barcelona enroute to the Principality of Andorra via E9, A66 just to say I've been there and also went to Toulose, France leaving via E72 enroute to Merignac, France, touring around for 3 days staying at BW, I left via A83 enroute to Nantes. stayed for 3 days touring area and left via E60 enroute to Brest....had read stories about Brest, so I wanted to go there. I left via E50, E401 detouring to St. Malo just to say I'd been there, pretty city, and left via A84 enroute to Caen. I stayed at BW and one day hope to go back and see more....left Caen via A13, E44, A28, E402 enroute to Calais.....stayed 4 days touring area and left via E15 to Paris, stayed 5 days and flew back to Toronto and rode home. After being home for a week and wife and granddaughter going to Los Angeles, California, I took off via I-80, I-76, I-70, I-15, US101....stayed at BW for 14 days and returned to Markham via US 101, I-40, I-44, I-55, I-80. On I-40 outside Flagstaff, Arizona is a well preserved meteor crater, I had been there years ago on my second out of 4 rides to California and wanted to get more pictures. I have taken different routes to and from California out of my 4 rides there. Last week, I rode to Washington, D.C. for the 20th Anniversary of the Million Man March and rode around Maryland to see some of the state.......having trouble with my ignition switch and now have to take motorcycle in to see what is the problem, I no longer have a daytime running light and that is risking a citation, so I ride with my bright light on!!! Taking motorcycle in Monday and DOUBT if I get it back before winter sets in!!! 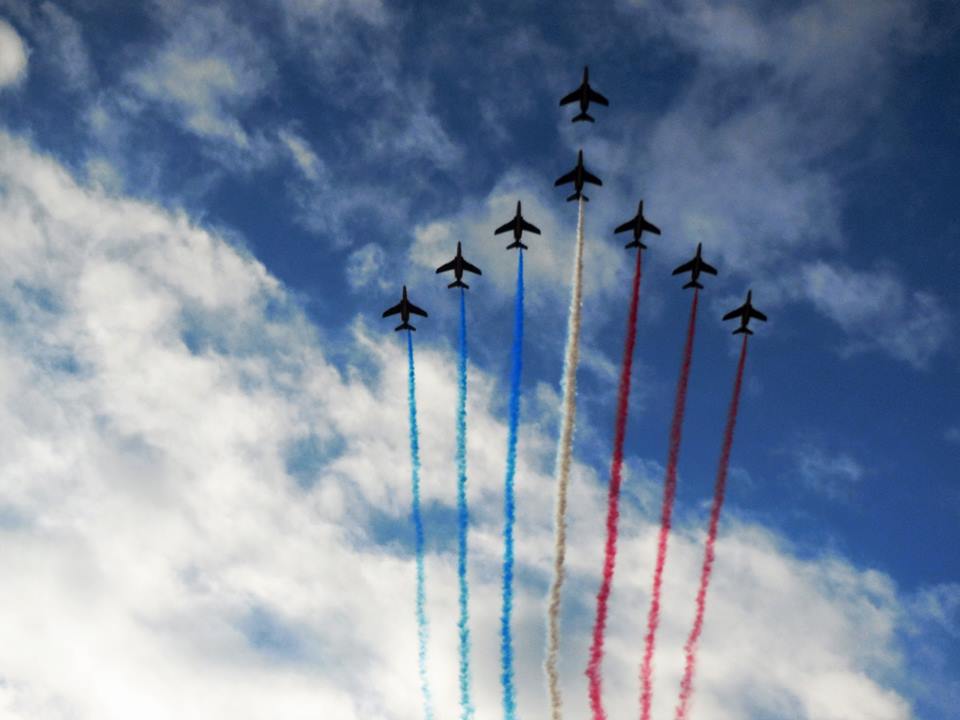